The team has undergone some changes since we last saw them and we’re excited to see how they fare in the new season. Key players like Sbusiso Magaqa, Bongi Ntuli and Sphesihle Maduna have all been retained and we’re sure they’ll be looking to make an impact on the pitch. Fans surely can’t wait to see Amazulu FC in action and here we’ll be following their progress closely in the new season. 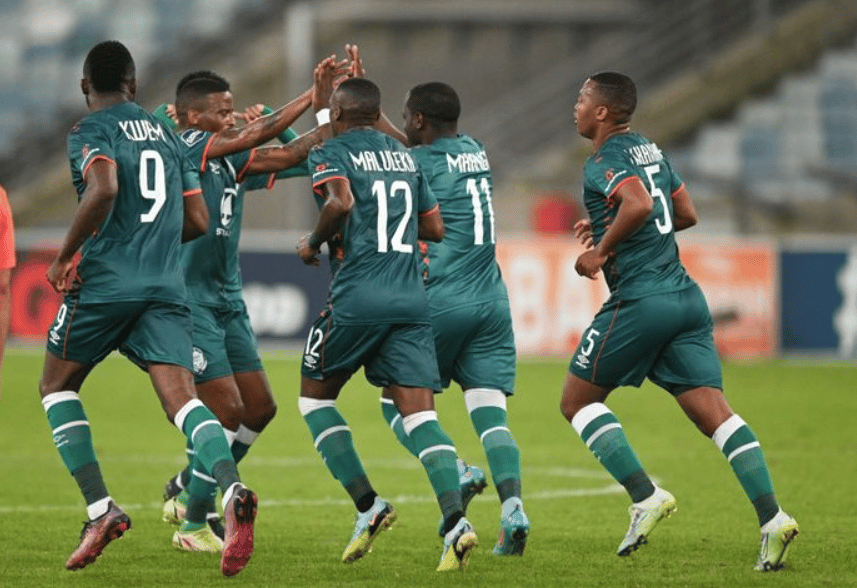 AmaZulu FC is a South African professional football team headquartered in Durban, KwaZulu Natal. The Zulu Royals, founded in 1932 by Zulu migrant labourers, is the oldest club in the South African Premier League. ‘Usuthu,’ the club’s moniker, is a Zulu battle cry.

Having just been acquired by Zungu Investments Company in October 2020, the objective is for this brand to become the largest and most triumphant sports brand in South Africa and the continent at large, with a membership of over 5 million fans by the time we celebrate our centennial in 2032.

AmaZulu Fc is one of South Africa’s oldest clubs, was founded in 1932 by Zulu migrant labourers and was initially known as the Zulu Royal Conquerors. The club was subsequently brought to then-Zulu king Solomon, who changed the team’s name to Zulu Royals, altered the team’s colors to royal blue and white, and added the shield to their emblem.

The team’s guardian was initially Prince Bayisikili, who was subsequently replaced by Prince Sithela, and the team’s headquarters were at the eMbelebeleni Royal Kraal, by which time the team colors had changed to bottle green and white. On the day of King Bhekizulu’s burial in 1968, the team traveled to eMandeni to play a Cup game against SAPPI Homestars, which they defeated 4-2. The club was meant to follow the King’s coffin on the day of the funeral, but Mr. Shezi, Mr. Nsele, and Mr. Magwaza ended up escorting the King in the team’s outfit.