Barcelona FC Squad 2022/2023 has already completed a number of moves in preparation for the 2022–2023 campaign. Raphinha, Franck Kessie, and Andreas Christensen will all be singing for Barca during the upcoming season.

So, while the summer transfer market is still open, let’s take a look at the Barcelona team’s makeup for the next campaign. FC Barcelona’s potential 2022–2023 roster/ Barcelona FC Squad 2022/2023 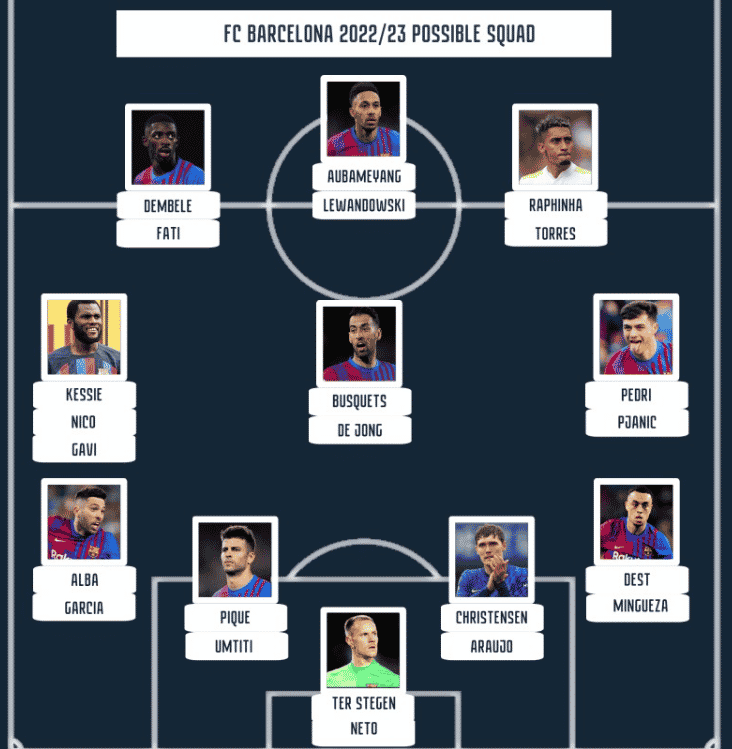 Nobody knows where the money is coming from, but things are changing at Barcelona as president Joan Laporta tries to resurrect the team and return it to the pinnacle of European soccer.

The Blaugrana have acquired a number of outstanding new players, most notably Raphinha of Leeds and Robert Lewandowski of Bayern Munich. Additionally, free agents Andreas Christensen and Franck Kessie from Chelsea and Milan, respectively, have signed in Barcelona FC Squad 2022/2023.

This summer at Camp Nou, there will undoubtedly also be a handful of high-profile outgoings to pay for these improbable agreements. This portends a significant change in shirt numbers. The current roster for Barcelona’s 2022–23 season is shown below.