Floyd Mayweather Jr., a former pound-for-pound champion, will once more enter the ring for a demonstration match.

The event, which will take place on Saturday, May 21, at the Burj Al Arab helipad in Dubai, will feature two unbeaten boxing legends: Mayweather and Don “Dangerous” Moore.

Mayweather had a fantastic career, going 50-0, and he rose to the top of the pound-for-pound rankings. Money has participated in two exhibition fights after his retirement in 2017 following his tenth-round TKO victory over Conor McGregor: one against Tenshin Nasukawa and the other against Logan Paul.

Moore, a former sparring partner of Mayweather‘s at the Mayweather Boxing Club, will now face him. The 45-year-old has fought in four-round bouts in the past but is unbeaten as a professional.

Main event: kicks off at around 5pm ET

Live stream: FITE.tv is live streaming the bout for $29.99 on the pay-per-view event on streaming service FITE.tv, and is accessible globally. The Fite.TV app can be accessed from the Apple App Store, Google Play, Amazon Appstore, Roku TVs and players and Huawei App Gallery. 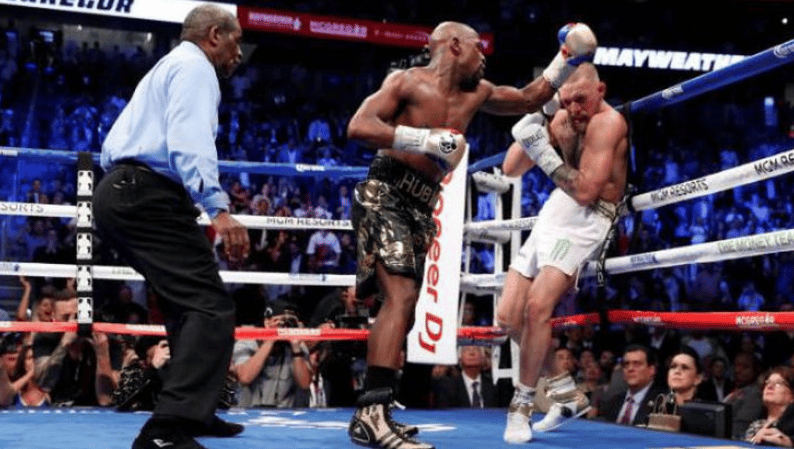 A watch together mode allowing video chatting with other viewers while the fight takes place is one of the added services offered by LIVENow, which is also broadcasting the fight live for the same fee of $29.99 in Floyd Mayweather vs Don Moore.

Read also A Fight Between Tyson Fury and Anthony Joshua