No club in Tanzania can hold a candle to Kariakoo Jangwani giants Yanga Sc (Young Africans) when it comes to all time Tanzania premier League (NBC premier league or previous known as Vodacom premier league) wins with ‘Timu Ya Wananchi’ lifting the prestigious trophy an incredible 27 times.

Yanga Sc also known as Young Africans is a Tanzanian professional football club based in Dar es Salaam, and are the most successful club in the history of the Tanzania Premier League.

The ‘Giants’ of the Tanzanian football scene have been crowned champions of Tanzania on 27 occasions, a record that no other club in the country has managed to match, with their first trophy coming in 1968 and latest title crowned in 2021/2022 league season (Idadi Ya Makombe Ya Yanga Ligi Kuu Tanzania). Yanga’s home stadium is the National Stadium (also known as Uhuru Stadium) which has a capacity of 30,000. The team plays in red and white striped shirts and black shorts. 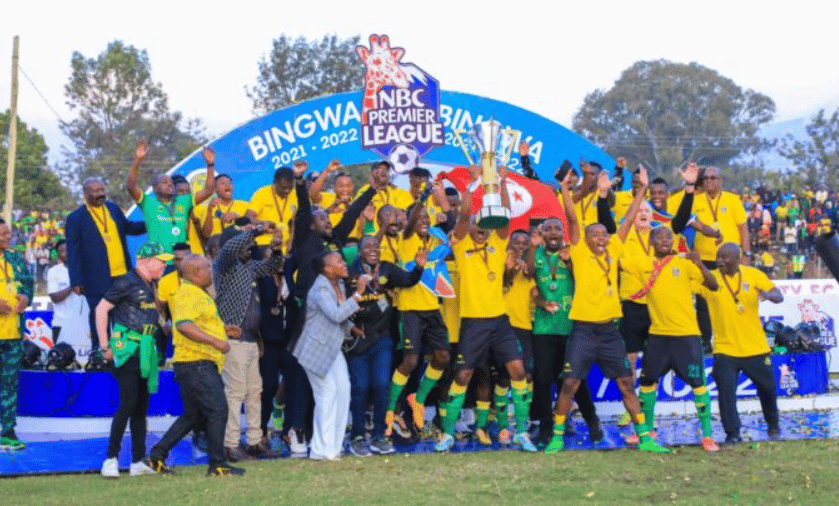