Although this game appears to be friendly, all of the sides are determined to win in order to demonstrate to their fans their talent and that of their club. Simba Sc, who have demonstrated their will to win this game, are hoping that this encounter would expose their squad’s weakest link before facing challenging opponents from the Caf Champions League. Here we have take a look on how simba sc Will lineup as they are facing Malindi Sc (Kikosi Cha Simba Dhidi Ya Malindi Sc Leo Zanzibar)

Please keep in mind that official announcements on the Official Starting eleven for both team will be made one hour before the game begins. In the meanwhile, you may check out our prediction on the Simba Sc potential lineup shown below 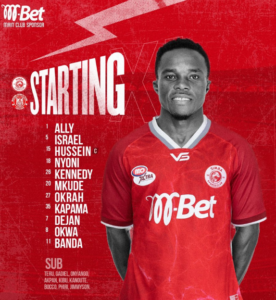