Kikosi Cha Simba vs Al-Kholood Club 1 August 2022: August 1st, 2022 In the fourth exhibition match, Simba Sc Club will take against Al-Kholood Club in order to get ready for the league season of 2022/2023. Wekundu wa Msimbazi and Simba Sc, the second-place finisher in the NBC premier league 2021–2022, have established up camps in Ismailia, Egypt, where this game will be contested, in order to be ready for the upcoming league season. The most recent lineups for Simba Sc vs. Al-Kholood Club and more will be posted here to keep you informed.

The most recent Simba Sc friendly match in Cairo was lost to Haras El Hodoud, who will play in Egypt’s top division for the next season, by a score of 2-0. Mahmoud Guda’s penalty kick gave Haras the lead in the second minute of play. Haras had a strong start to the game.

Moses Phiri, a striker, was forced to leave the game in the 41st minute due to discomfort, and Victor Akpan came in to take his place. Ten minutes after the half, Mahmoud Mamduh scored the second goal for Haras after outwitting our defense.

Joash Onyango and Jonas Mkude were both substituted by Coach Zoran for Taddeo Lwanga and Jimmyson Mwanuke. As coach Zoran continues to get our team ready for the start of the upcoming NBC Premier league season 2022–2023, this is the third strength test that has been conducted here in Egypt. 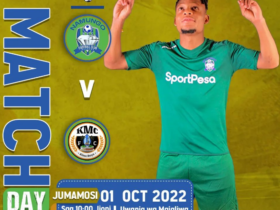