MATOKEO NBC Premier League Results Round 15, 2022: NBC premier league schedule, results today On our page we provide you with the results of all NBC Tanzania games and the schedule of upcoming games. We also provide you with our live NBC major league tracker, follow us for the best NBC series

Today, in the continuation of NBC Premier League matches at various stadiums, we expect to see youngsters clashing over their shirt logos in a big way. So it’s a good schedule to watch today in the Tanzanian top flight.

There will be a lot of questions as to whether or not the position will remain the same, or who will end up as the top scorer in this round of NBC Premier League Tanzania games. All these questions and others await the stadiums and the 90 minutes to decide who is who in the NBC league fight

The NBC Tanzania Premier League (Ligi Kuu Tanzania Bara) is the top professional football league in Tanzania and is managed by the Tanzania Football Federation.

As a member of CAF, Tanzanian teams participate in the CAF Champions League and the CAF Confederation Cup.

The recent good performance of TPL clubs in the continental competition has made Tanzania rise to the CAF 5-year ranking. As a result, more teams in the league get a chance to compete at the continental stage. 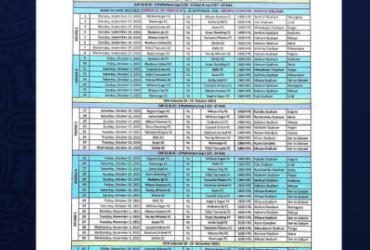