Singida Bigstars Fc is one of the most foreign clubs in the Tanzania Premier League, yet it has managed to attract players that are supposedly great names and have a lot of NBC Premier League experience. This squad has started the league season successfully, winning their previous games against Mbeya City and Tanzania Prison, and they are presently sixth in the league rankings, one game behind the game being played today.

Dodoma Jiji’s season has not begun well, as they have lost all of their games so far and currently sit in 15th position in the league standings. Because of the importance of this game for all parties, today’s match is expected to be a good one. Singida Big Stars Fc is hoping to win this match in order to return to the top three of the league standings while Dodoma jiji are in need of these points more than ever to get out of the league’s bottom three. 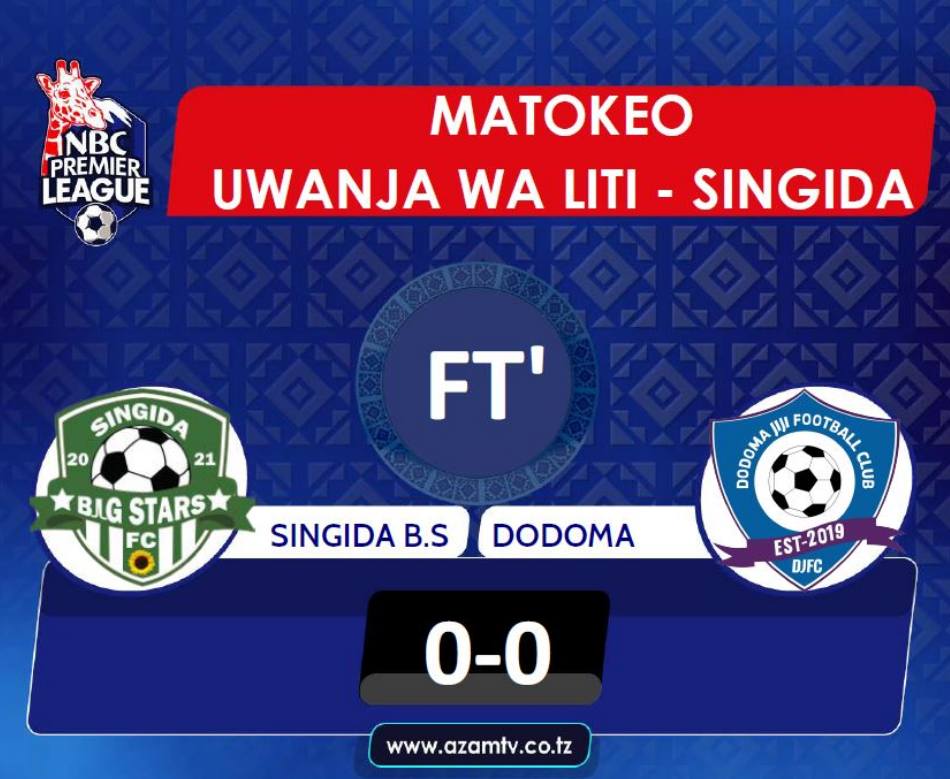