Mkataba Mpya Wa Yanga SC na SportPesa: Yanga today is going to make another history, Futilia live here. It is a contract worth 12 billion tshs and 300 million for 3 years, Every year Yanga will be getting four billion, also if he takes the league 150 million, and when he reaches the FA Final, he will get 75 million tshs.

The historic champions and defending champions of the Premier League Tanzania Mainland Dar Young Africans (Yanga) have today signed a new sponsorship contract with the betting company Sport Pesa, a contract that could be the most valuable for Premier League teams in Tanzania.

The contract worth 12.335 billion shillings for three years makes SportPesa the main sponsor of Yanga from the beginning of the new season of the League. 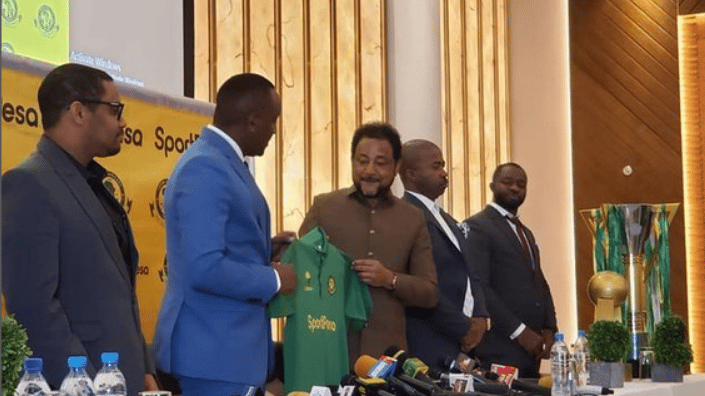 Another improvement in the contract is that the “Bonus” for the Premier League Championship has increased from 100 to 150 million.

With the Bonus of the FA Cup which was not there before being added, Yanga will get 75 Million for reaching the Final stage in Mkataba Mpya Wa Yanga SC na SportPesa.

Mr. Tarimba has said that the money will be given in installments, in the first year, Yanga will get Shs. 950 million and as in the case of Simba, the Jangwani club will also be required to confirm the use of the money if it has been done for football development activities Mkataba Mpya Wa Yanga SC na SportPesa.

He said despite the contract, there will also be an incentive where if they win the Premier League they will be given a Mill gift. 100.

“Also if they win the championship like Kagame they will also be given a prize and if they do well in the African Champions League they will get a prize of Mil. 250,” said Tarimba.