You’re probably already thinking about how you’ll complete your university degree. Maybe you already have a plan of action, maybe not, but regardless, you’re looking at applying to university of Dar es salaam. If so, you’re not alone. But, wahere do you start? This overview of university of Dar es salaam admission requirements (Sifa Za Kujiunga Na Chuo Kikuu Dar es salaama) will give you the necessary knowledge (or at least a good starting point) to help you navigate the process. From the first step to even the smallest details, there are a lot of moving parts that come into play in university admission requirements.

It was temporarily hosted in the premises belonging to Tanganyika African National Union (TANU) located in Lumumba Street, Dar es Salaam from its establishment up to 1964 when it was moved to the current location at the Hill. At its inception, it had only one faculty, the Faculty of Law, with 13 students among them one female, Julie Manning.

To be admitted into the university of dar es salaam one must met the general entry requirements as instructed by Tanzania Commision Of University ( TCU) Which are as shown below. In addition youy must also meet the specific entry requirement as shown on Udsm website Here

Foundation Programmeof the OUT; A GPA of 3.0 accumulated from six core subjects and at leasta C grade from three subjects in a respective cluster (Arts,Science and Business Studies)

An Advanced Certificate of Secondary Education Examination with at least 1.5 from two subjects OR An Ordinary Diploma from the recognized institution with aGPA of at least 2.0 OR NTA level 5 /Professional Technician Level II Certificate

How To Apply At Courses At Universities In Tanzania

ii.Applicants to carefully read and understand the guidelines and admission requirements for programmes they anticipate to apply for, provided in this book and on the websites of individualinstitutions;

iii. Applicants to ensure that they have adequate information for the programmes and institutions of their choice, taking into account competition, one’s passes and career aspirations;

iv.Applicants to ensure that their names and index numbers used during application for admission match with those used during previous examinations;

v.All applicants holding foreign qualifications to have their qualifications validated and equated by the respective regulatory bodies before submitting their applications for admissions as follows:

a) The National Examinations Council of Tanzania in respect of certificates of secondary education and teacher education;and

b) The National Council for Technical Education in respect of diploma and NTA level 6 qualifications.

vi.Every University shall submit to the Commission for validation the list of all applicants admitted into the various undergraduate programmes after approval of the admissions through the respective approval organs;

vii.Applicants to use the current Undergraduate Admission Guidebook available on TCU website: www.tcu.go.tz for appropriate and updated information on all approved programmes, their capacities and entryrequirements;

viii.Students to make adequate arrangements to meet the cost related to the programme being applied for; and

ix.ONLY applicants who meet the minimum entry qualifications (as stated in above) are encouraged to apply for admission 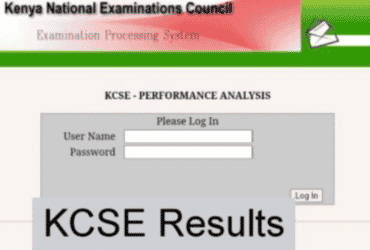 This is how to check/get the released KCSE Exam Results ...