In the continuation of the Women’s Premier League (SWPL) matches which are in the third round, game number 14 between Ilala Queens and Simba Queens ended with defending league champions Simba queens continuing to carry three points with a 4-1 victory for Simba Queens Imetangazwa Kuwa Bigwa 2021/2022.

The match was played at Karume Stadium in Dar es Salaam on January 03, 2022 at 10:00 pm where player Opa Clement scored three goals for his team, with one goal from the penalty spot and the first receiving a good assist from by Koku Kipanga. A player who is also the third goal scorer for the Simba Queens.

Four goals for Simba Queens and one goal for Ilala Queens scored by Fatuma Hassan in the second half.

Simba Queens head coach Sebastian Nkoma says the match was not easy for them despite the strong attacks on their players. At the same time, the coach also urged the club’s fans to continue to have faith in their team’s performance as their main goal is to continue to defend their title in the 21/22 season.

Elsewhere, Ilala Queens head coach Twaha Beimbaya praised his team for the good game, while promising the fans to get some good football entertainment from the team as he believes despite their newcomers to the league they are still improving.

As a result, Simba Queens continues to remain at the top with a total of 9 points dropping Yanga Princess to 3rd place with 7 points, differing in the number of goals with Fountain Gate Princess holding second place and finally continuing to fight Ruvuma Queens tied 20 goals until in that round. While Alliance Girls are the only team that has not conceded a goal in all of its matches. 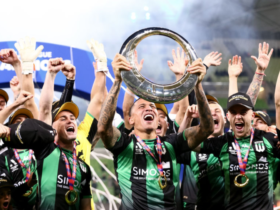