Deal Done to the following Players 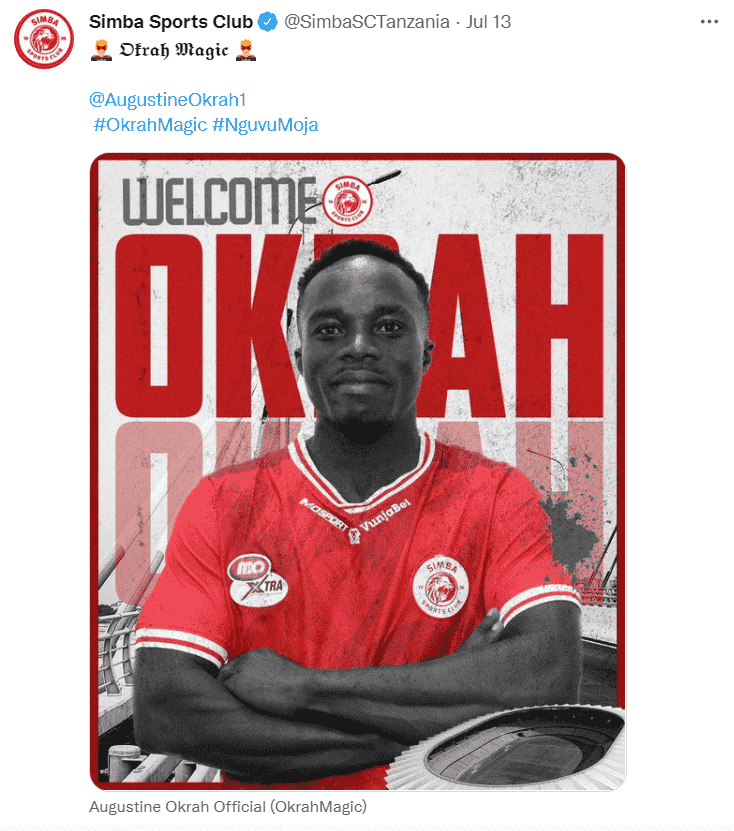 Okrah is now Red/White to the champion of Tanzania Club Simba. He is the best winger from Ghana and third top scorer in the Ghana Premier league in season 2021/2022. He capable to play three position in the ground as strike, as winger and as midfielder in a any pitch.

It has been reported that the Simba have approached TP Mazembe to pursue 22-year-old striker Zemanga Soze for talks to sign him for the 2022/2023 season, to replace Chris Mugalu who is out of contract at the end of this season.

In addition, there are some of the strikers who have been linked with the Simba in their squad for next season and among them are Yunus Sentamu who plays for AS Vita of DR Congo and the Uganda national team.

Following rumors that Al Ahly are planning to loan out their winger Luís Miquissone, it has been reported that the Simba SC management has pursued the player to bring back Msimbazi.

Miquissone, who was a Simba player for a period of one and a half seasons from January 2020 to August 2021, since joining Al Ahly has not had much of a chance to play under Coach Pitso Mosimane.

The Mozambican winger is facing stiff opposition from the presence of Percy Tau, a South African national who is a dependable winger.

Others named by Young Africans are strikers Victorien Adebayor and Moses Phiri who is also being chased by their hometown Simba SC as well as defender Mustafa Kiiza.

In addition, about six players will be given a goodbye hand for the termination of their contracts or new additions after the previous one expired due to their unsatisfactory standards and not being seen as potential contributors.

Monzoki, a 25-year-old DR Congo national from the 2021/2022 season, has scored 18 goals in 26 games to help the Vipers become Ugandan champions and will join as a free agent after his contract expires at the end of this season. .