When it comes to sports, Africa is a continent with a lot of potential. African football clubs have been making a name for themselves in recent years, and they have some of the most passionate and dedicated fans in the world. In this article, we will be taking a look at 10 African football clubs with the most fans. We will be exploring the history and achievements of these clubs, as well as the reasons why their fans are so passionate about them.

Football is the most popular sport in Africa, with fans devoted to the round leather game. African club football lags behind the rest of the globe owing to a lack of proper exposure, money, infrastructure, corruption, and instability.

Most African footballers opt to play outside of the continent, denying African teams the opportunity to field the top players. Despite this, certain teams continue to have a large domestic, regional, continental, and worldwide fan base.

It is difficult to identify the to African Football Clubs With The Most Fans due to insufficient databases and the fact that most supporters favor elite European clubs and only follow their African counterparts in key matches such as the CAF Champions League.

To help you get the most accurate data when answering the question “Which are the African Football Clubs With The Most Fans?” We have gathered this information based on the number of followers, subscribers and likes each clubs get in different social media., here we have gathered as much information as possible about each club’s social media accounts and followers, subscribers, and likes.

Which Football Club Has The Biggest Fanbase In Africa?

According to the most recent Digital Football Benchmark ranking, Egyptian giants and Africa’s Club of the Century Al-Ahly is a African club with the biggest fanbase in Africa with approximately 33 million followers across all platforms, ahead of rival club Zamalek (13 million), Moroccan powerhouse Raja Club (7 million), and South African giants Kaizer Chiefs (6 million) and Orlando Pirates (4 million).

List Of Top 10 African Football Clubs With The Most Fans

Who else, outside the Red Devils, would come in first? Al Ahly is the most followed club in Africa with almost 33 million followers across social media. The 75,000-seat Cairo International Stadium is where the team plays.

In terms of officially recognized major titles, Al Ahly has won more than 115 trophies in their history, placing them second only to Real Madrid in football history. Their collection of trophies includes 23 continental titles and 42 Egyptian Premier Leagues (including 10 CAF Champions leagues, the most in history). Al Ahly was named as the Club of the Century by CAF in 2001 and have never been relegated in their history. 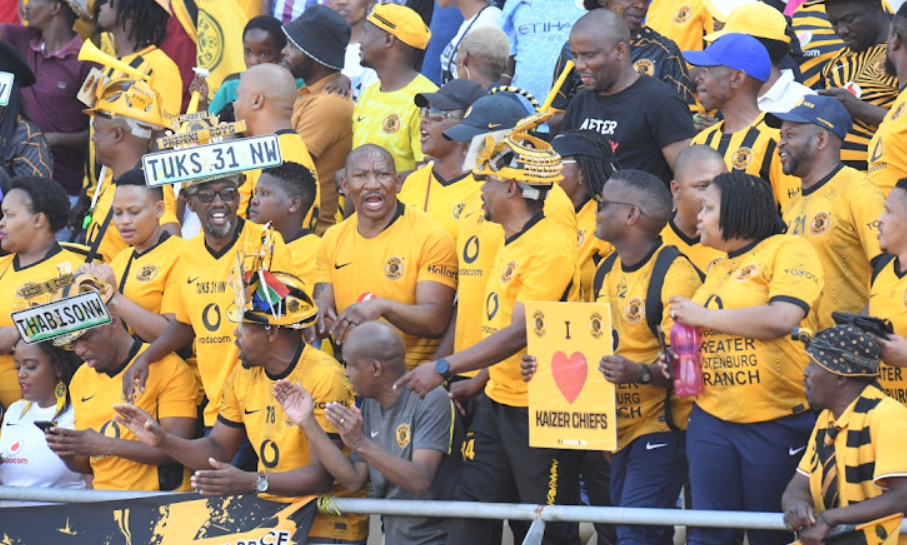 Kaizer Chiefs, sometimes known as the “Amakhosi,” are the most popular club in Southern Africa, with the majority of its supporters residing in South Africa and its neighboring nations.

Chiefs are the most backed club in sub-Saharan Africa with more than 40 million supporters (and 6 million social media followers). Their stadium can hold 94,000 people. The team has amassed more than 50 trophies, including 12 league championships.

Zamalek is the fierce rival of Al Ahly. Both clubs play their home games at the Cairo International Stadium, which has a capacity of 75,000 people. Zamalek is the second most popular club in Egypt after Cairo giants Al-Ahly, with 13 million followers on social media platforms. They have won the Egyptian Premier League 13 times and CAF Champions League 5 times.

Zamalek SC’s history begins on January 5, 1911, when George Merzbach formed the club as Qasr El Nile (Arabic, translation: The Nile Palace Club). In 1913, the Cairo International Sports Club, locally known as Nady El Qhirah El Mokhtalat, relocated its headquarters to the current crossroads of 26 July Street and Ramses. At the request of King Farouk I, the name was changed again in 1942 to Nady Farouk El Awal, and the current name of Zamalek was adopted in 1952, following the Egyptian revolution.

Officially known as Rajah Club Athletic, but more commonly known as Rajah Casablanca, the club’s stadium has a capacity of 67,000. In 1997 he recorded an attendance of 110,000. Raja has 7 million followers across his social media platforms and among his followers he is one of the world’s best Ultras.

The club enjoyed an unforgettable era of success during the 1990s, Raja established themselves as a prominent power in Moroccan and African football, winning three CAF Champions Leagues. This feat was repeated in the league, where the team won seven times in 10 years, including six straight from 1995 to 2001.

This team, which contained club legends like as Mustapha Moustawdaa, Mustapha Chadili, Salaheddine Bassir, and Abdellatif Jrindou, is regarded as the finest African team of the 1990s by some in the sport. Abdelmajid Dolmy is a club and Moroccan national team icon who has made the most appearances for the club.

Mohamed Zouaoui and Hédi Kallel formed the club in Bab Souika, one of Tunis’s oldest districts, as an act of protest against French occupation. The club was named ‘Espérance’ after the name of the coffeehouse where the founders frequently met, Café de L’Espérance (Arabic: ). They petitioned Louis Montassier, a member of the French administration, to obtain authorization from the colonial authorities, given the regulations of the time, which required that all foundations and clubs be chaired by a Frenchman. On January 15, 1919, EST is formally registered.

Simba Sc is one of Tanzania’s and East Africa’s greatest and richest club football clubs, as well as one of the two largest clubs in Tanzania Premier League history. Simba has won the Tanzanian Premier League 22 times. Dares Salam’s stadium holds 60,000 people. Simba is the world’s fastest-growing football club on Instagram in 2022, with 3 million followers, an 89% increase over previous year.

The club, which split from another Tanzania Giants club, Dar Young Africans, in 1936, was started as Queens in honor of Her Majesty, the Queen of England. There after the name of the club changed multiple times, from Queens to Eagles to Sunderland then to Simba Sc in 1971 till now.

Simba SC has won 22 league titles, five domestic cups, and has competed in the CAF Champions League on many occasions. They are also one of East Africa’s largest clubs, having won the CECAFA Club Championship six times.

The Orlando Pirates Football Team (also known as “The Buccaneers”) is one of South Africa’s oldest professional football clubs having been established in 1937 in Orlando East, Soweto headquartered in the Houghton neighborhood of Johannesburg that competes in the DSTV Premier Soccer League, South Africa’s top-tier football league. The club’s performances over the years have acted as a motivation for aspiring footballers to try to play the Beautiful Game at the top level in the ‘Buccaneers’ black and white colors.

The team’s home games are held at Orlando Stadium in Soweto which seats 37,139 people. They are one of South Africa’s most popular clubs, with over 4 million social media followers. The Pirates have won over 33 trophies, including nine league crowns. They became the first South African club to win the CAF Champions League in 1995. Orlando Pirates are the first South African team to have won the domestic treble in consecutive seasons, doing so in 2010/11 and 2011/12.

Tout Puissant Mazembe, or TP Mazembe, is Congo’s most successful football club and ane among African Football Clubs With The Most Fans. They have won 38 major trophies, including 19 league championships and five CAF Champions League wins. The majority of Congolese people favor the Ravens. Their home stadium seats 18,500 people. 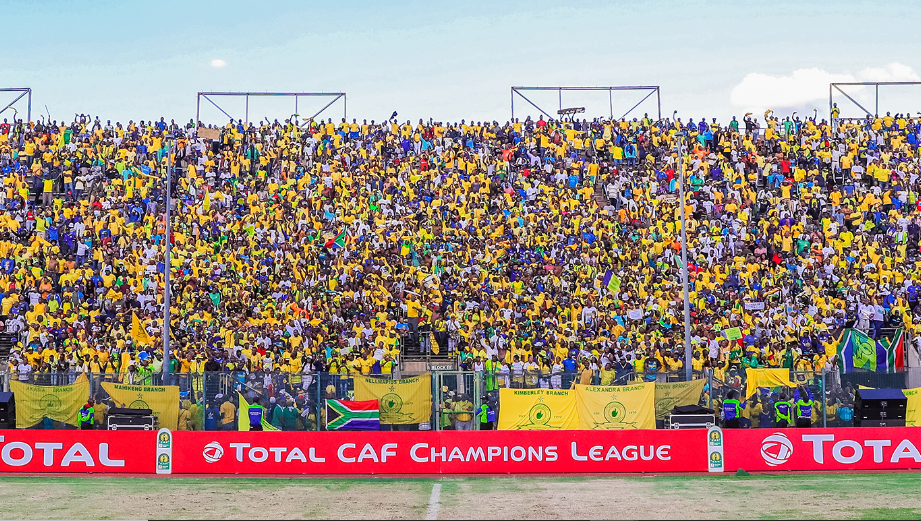 Sundowns was founded in the early 1960s by a group of youngsters living in and around Marabastad, Pretoria (Tshwane). Sundowns play at the 51,762 capacity Loftus Versfeld Stadium and are nicknamed the “Brazilians” owing to the likeness of their shirt to that of the Brazilian national side. On social media, the club has around 2 million followers.

They are the most valuable club in South Africa and one of the richest clubs in Africa as they are owned by business tycoon Patrice Motsepe. Motsepe is South Africa’s richest person and the current president of the CAF. Mamelodi Sundowns have won the South African Premier League 11 times, the most since the competition was renamed in 1996. In 2016, they became only the country’s second club to win the CAF Champions League.

Mamelodi Sundowns created history in 2021 thanks to their female team which managed to win the CAF Women’s Champions League, becoming the first club to win both the men’s and women’s CAF Champions League championships.

Wydad Casablanca, officially known as Wydad Athletic Club, are Raja Casablanca’s biggest rivals, with both participating in the highly competitive Casablanca Derby. Wydad has a record 21 Moroccan Botola League titles and two CAF Champions League titles. They share a stadium with Raja with a capacity of 67,000 people. Wydad is one of the most popular clubs in Morocco, Africa, and the Arab world, with over 3 million followers on social media.