Top Amapiano Songs of 2022: South Africans are gradually realizing amapiano’s domination on local music charts and dance floors throughout the nation as this year approaches its halfway point, which is difficult for some cynics who think the genre’s appeal and cultural significance are dwindling.

Only time will tell if the music will play a significant role in the upcoming years. The present, however, offers a good opportunity to delve further into the dynamic soundscape and assess the most recent releases that have won over listeners across the nation Top Amapiano Songs of 2022.

The Top Amapiano Songs 2022 playlist, which was first published in February as part of our yearly playlist series, is seen below. It features the newest songs performed by the best musicians in the industry.

Tanzania, the 22-year-old DJ’s song that has been dominating local airwaves since its debut in March, attests to her skills and expertise, which have brought her quick fame and success. She has attracted the interest of the local media and has emerged as one of South Africa’s most talked-about DJs.

Long-time top amapiano vocalist Daliwonga’s skill with his quick rhymes and lyrical delivery is boasted in Abo Mvelo. He is joined by M.J, the duo Mellow & Sleazy’s stablemate and emerging star at the Mr JazziQ-owned label Black Is Brown Entertainment.

Ghost serves as a declaration to Kamo Mphela’s doubters that the 22-year-old exceptional talent is in it for the long haul. With its arresting images and spectacular choreography, the video clearly draws inspiration from Michael Jackson’s mega-hit classic song “Thriller.”

Chipi ke chipi, which roughly translates to “a hard beat is a hard beat,” is arguably the first indication of dissatisfaction for listeners who enjoy lyrics. Early amapiano sounds are evoked by the hefty and repetitive instruments. But despite the song’s complex lyrics, the pair manages to make it a smash.

This mid-tempo song, which is frequently included on party playlists and has become somewhat of an anthem among amapiano listeners, was made possible by top amapiano creators Young Stunna and Felo Le Tee as well as DJ Tira, a household name in the house music genre.

Pabi Cooper’s song “Banyana ke Bafana” (Girls are boys) has done well on regional charts. A particularly unusual achievement in the male-dominated genre, the singer fronts an all-female ensemble of her longtime pals in the song’s music video.

The ‘Ameno’ remix became viral on social media after its release in July and has an astounding 10 billion views on TikTok. It was aggressively utilized to create memes and videos. The song, which presents the Ghanaian producer’s interpretation of the South African style, was warmly welcomed and is still dominating the airways today.

Busta 929, an Amapiano hitmaker, and Boohle, who is perhaps the genre’s top vocalist right now, have created a scorching song that has captured the attention of many fans. It has consistently been among the top five on many charts, including the RiSA-based The Official South African Music Charts, which is based on streaming.

The norm among the amapiano community seems to be the lengthy lists of collaborators that include brilliant vocalists who each get their day to shine alongside renowned producers. Young Stunna fills the role with his memorable hit-making hooks on this song. 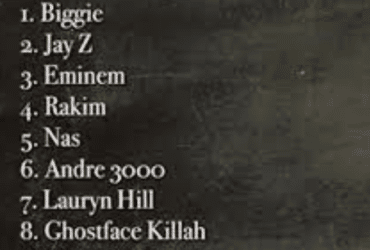 Top 10 Best Rappers of All time

Top 10 Best Rappers of All time, Greatest rappers of ...