We have all the information you need regarding the friendly encounter between the Mediterranean Knights and the visiting Cranes. On Wednesday, September 21, Uganda will face Libya in an international friendly match at 11 June Stadium.

The build-up, which is part of the Fifa international break, will include a Tri-Nations event in which the Cranes will also face Tanzania three days later at the same site.

Uganda left for Tripoli on Sunday, with head coach Milutin Sredojevic choosing a group of 22 players for the challenge. The Cranes have been practicing at Kampala’s Phillip Omondi Stadium in preparation for the event.

The aforementioned players will join the group in Libya from their respective club bases. The Cranes and the Mediterranean Knights have only met three times throughout their history, and all three encounters have been cordial. 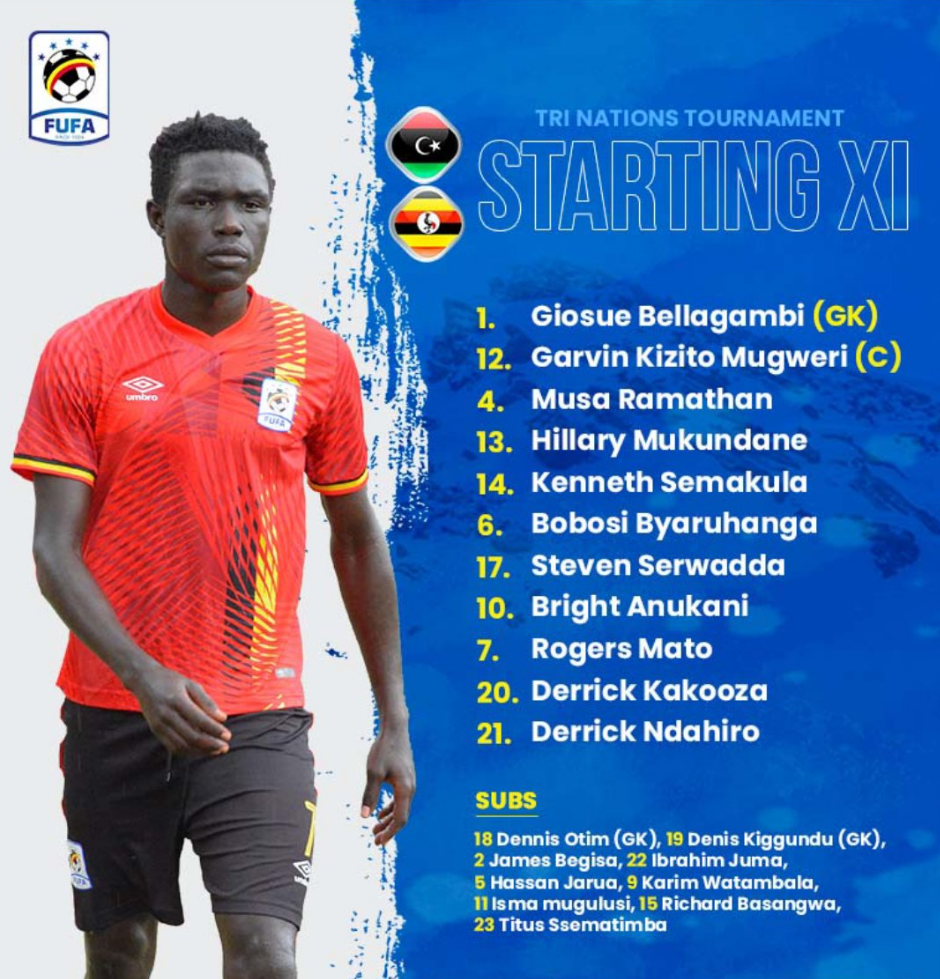 Uganda has failed to overcome Libya in three matches, with one draw and two loses. The two teams last met in 2013, when Libya beat Uganda 3-0 at the 11 June Stadium.

Libya traveled to Kampala in 2008 and drew 1-1 at Namboole Stadium, whereas Libya defeated the Cranes 3-2 in their first-ever game at Al-Olympic Stadium in 2006.